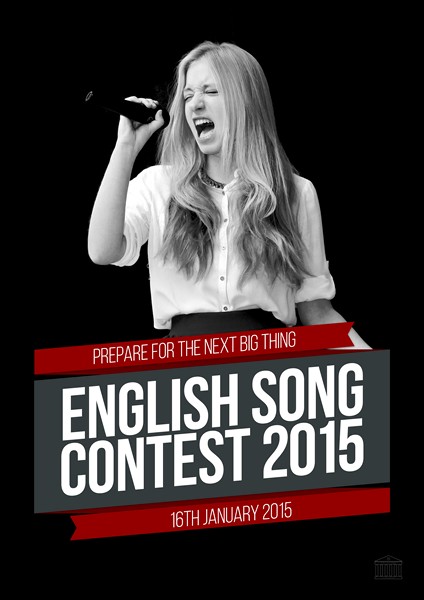 We are happy to announce that the VI English Song Contest will take place on 16 January (Friday) 2015 in the school gym.
The contest is open ONLY to Gim. Nr 16 and XIII LO students.
Those (soloists, groups of vocalists, musical bands) who want to enter the competition must first register with : J. Skowroński, D. Kostrzewa,  M. Jasiewicz, or with your English teacher
The closing date for entry (the deadline for participants to sign up for the competition)  is 12-01-2015 (Monday).
NO ENTRIES WILL BE ACCEPTED AFTER THIS DATE!

Entry Requirements
Participants must provide the organizers with the following information. NB   FILL IN THE APPLICATION FORM!
-    Name, surname and class of each performer and name of your band or group of vocalists.
-    Type of playback or musical accompaniment provided by participants
-    Equipment provided by the organizers (microphones, a CD player, etc.)
-    Title of your song
-    Who is the original performer of the song ( if it is a cover)

Each contestant can sing one song only. The lyrics must be in English and the song may not exceed five (5) minutes in length. If you want you are allowed to have a group of back-up dancers or other supporters to make your performance more attractive and add to the artistic value of your show.

The contest will begin at 10 o’clock. All participants are obliged to come no later than 30 minutes before the beginning of the contest to confirm their participation with the organizers (report to Mr Skowroński or Mrs Kostrzewa)

The organizers will provide the participants with a sound system, a stage, and a common rehearsal and changing room (classroom 10)

The competition will be presided over by a panel of judges comprising three ZSO 7 teachers and three students.
The winners will be announced (shortly after the last performance) in two categories:
-    the best performance!
-    the best show!